Using What You Got

Carol grew up above her parents café in Aberdeen, Scotland. She would walk downstairs to the smell of her mother’s cooking, the buzzing atmosphere enticed her every morning to see what the fuss was all about. “Mums produce was Scottish oriented, as well as toasted sandwiches. This is where my inspiration came when looking for street food and there wasn’t really any toasties in the street food scene at the time. My niche brand, my point of difference, my whole Scottish vibe was something I could tap into and be an authentic brand”. In 2012, after working in advertising for 3 years, Carol decided to start her own street food business by combining her knowledge in advertising with her inherited love of food.

Studying business management in university ensured Carol would prepare a business plan before stepping foot into the street food scene. She connected with The Prince’s Trust, a charity that helps young people reach their career goals. Carol pitched to a panel of advisors, a similar concept to that of the ‘Dragons Den’ where she had to provide a coherent business plan to be accepted into a 6 week program alongside a loan to start things off. “It basically simulated being out on your own as if you were pitching to a bank or investor”. The charity also paired Carol with a mentor to seek advice from. “I got partnered up with a guy that runs his own chocolate factory, he wasn’t Willy Wonka but he did own a grown up chocolate company!”. Having the right mentor was invaluable as Carol gained real life examples, relayed some ideas and challenged her thoughts from someone with a proven track record. “It’s easy to be hell bent on some ideas and not think about it objectively”.

Learning From The Market

Carol realised early on that you can’t just ‘cherry pick’ the ideal markets. “Demands to set up a stall were too high and there isn’t enough pitches to go around. You can’t just turn up at Borough Market with your van and sell street food, you have to establish yourself.” So Deeney’s began trading at Greenwich Market in South East London where Carol could fine tune her product and gain experience before investing more into the company. She also learned to listen to the market, “it’s a market-lead business, you need to listen to what people want and what market managers want and fit in with the landscape instead of trying to dominate with what you think is right. Feedback is important”. Listening to the customers is crucial, “I originally had beef, chicken, veggie and haggis toasties until someone said to me ‘why are you doing all these other things? You are the haggis girl now!’. So I quickly dropped the salt beef, chicken and mushroom toasties, and got a veggie haggis to sit along the regular haggis.”

Two Is Better Than One

Carol and her partner Paddy would head to a market on Saturdays and imagine making the jump into the street food industry, leaving their passionless jobs in advertising and marketing. Initially, Paddy thought he would be in the background handling the digital side of the business but very quickly his responsibilities increased. “It was very difficult to watch her deal with the heavy lifting. I started being a workhorse and helping set up”. Carol compares running a street food stall to moving house everyday, “you have to load the van, drive it somewhere, unload and bring it back. The stock is 10kgs heavy, the grills are 25kgs and gazebo another 35kgs. I was managing it but I was doing that twice a day. The business plan was fine but getting Paddy to support me was very practical”. Paddy kept his job while helping out at Deeney’s, working 7 days a week for a few years before committing to full time. “I really enjoyed it because the work was different and it was a different style of work. It was uplifting (no pun intended) working at the weekends, running our own business and being outside”.

Building A Brand + Finding Your Niche

Having a strong brand is vital no matter what the industry, especially if you have dreams to expand into a larger business and, in Deeney’s case, to bricks and mortar. “Test marketing shaped my brand, honing in on one thing to become more identifiable. Street food is about having one product, it showed the strength of the business was having my niche product in just the haggis toastie. You need to stand out and differentiate.” 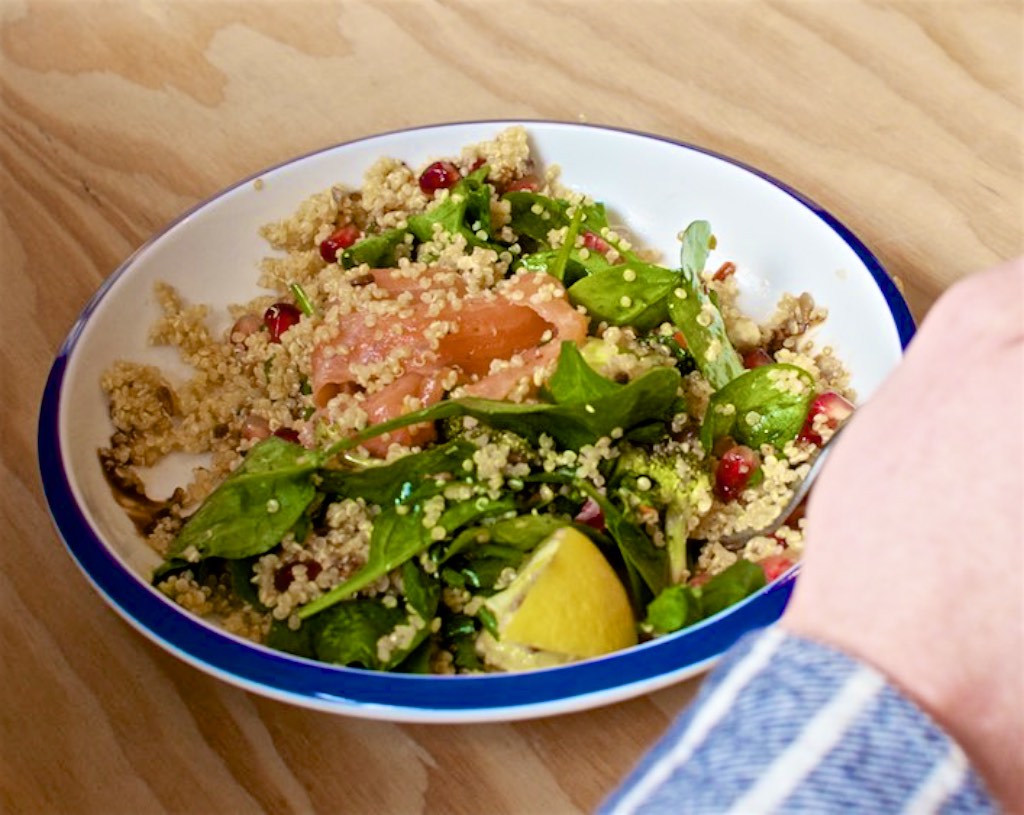 By 2016, Deeney’s was well established and the couple began looking beyond the regular street food market scene. They ventured into temporary kitchen residencies, where they could expand their menu and test the waters for a possible bricks and mortar café of their own. The Dukes Head Pub was the perfect place, with monthly kitchen pop-up rotations. Deeney’s took over for the month of January 2016 and spent Burns night reciting his famous poem and serving haggis.

Another opportunity came along when a shop became available in Leyton, East London. “We got the keys, set a goal of opening in 3 weeks, got in, gutted it, then roped all our mates and just painted the whole thing one weekend”. Deeney’s have now set their sights on franchising; with Deeney’s Toyko opening later this year.

For Carol, it was all about putting in the groundwork, “there were times where I didn’t think it would work out, I didn’t have a business, we weren’t making any money, I was shattered. But I had a huge drive because you see the potential and it’s down to hard work”. For Paddy, it was getting that instant satisfaction, “You enjoy someone enjoying the sandwich you made and instantly reminds why you are doing it”. They both agree that building up a regular customer base is rewarding; “sometimes you might not feel like going to work that day but we’re going because someone is relying on us to make Deeney’s haggis toasties. We’re part of their routine, they’ve already tweeted about it. You know you are getting up and gonna make a difference to their day in a small but nice way that kind of matters, there’s a human feeling about it”. 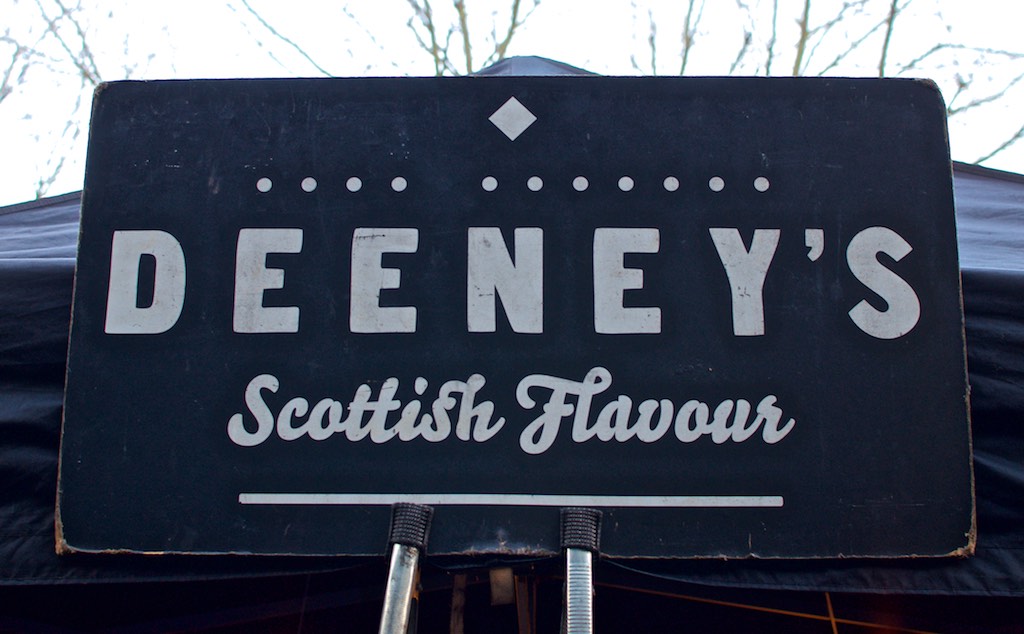 Check out the Streats app to discover more incredible street food in London, available on the App Store.